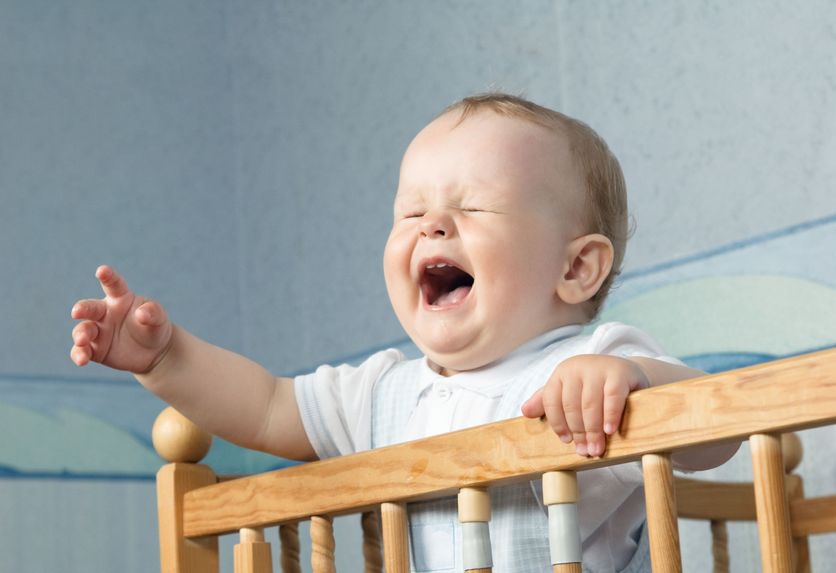 For most babies cry it out, if you take my sage advice, should last only a few days. After the first 2-3 days, some babies may complain 5-10 minutes at bedtime but that is not CIO. That is the baby expressing her disagreement with your decision that she needs to sleep.

However other babies will continue to cry progressively LONGER and LOUDER over subsequent nights. You will feel sure that CIO is just not working for your baby, that I am just another Internet idiot, and that the only solution is to go back to whatever “up all night” solution you had going before you attempted CIO in the first place because, horrendous as it was, it’s GOT to be better than THIS.

Or maybe you successfully navigated CIO and have been popping a nightly bottle of Champaigne to celebrate your success for weeks, only to find yourself with a previously happy baby who is now crying. Again. You and your partner have stopped your happy jig and are wondering what the hell just happened?

THIS is what is happening…

This is a great phrase to casually drop at the baby playgroup to establish yourself as someone who is capable of pronouncing multisyllabic phrases and is thus very smart (military industrial complex and LIBOR are also good). But these two words are not just helpful for their show-off appeal.

What is An Extinction Burst?

Sleep training via CIO is a method to break out of unhealthy sleep habits by forcing the issue because those habits are keeping everybody awake. It is essentially a form of “extinction therapy” where you are working to make the undesirable behavior (up all night) become extinct by no longer rewarding/reinforcing it. In this case the “reward” is you nursing, popping in the pacifier, rocking to sleep, etc. all night long. And for roughly 70% of you it will be amazingly effective.

However for the remaining 30% of you, your child will amp up the crying. Or take a break for a few days and then resume the crying. This is an extinction burst, which basically means that your child is doing even MORE of the behavior you are trying to extinguish now that you have removed the reinforcer.

So what do you do about this? You have two choices:
[list type=”bignumlist”]

Also file the idea of extinction bursts away for future reference because this is not the last time you’re going to see it. Temper tantrums, whining, demands for (treats, toys, McDonalds), are all behaviors that are prone to extinction bursts. 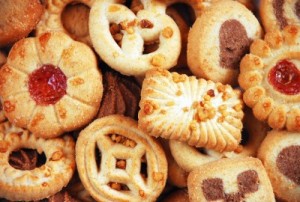 For example, your child whines for a cookie every time you go to the grocery store. The first few times you give her a cookie because really, it’s just a cookie right? Then you realize you have your own personal Cookie Monster who is now demanding a cookie every time you pop in for a gallon of milk. So you calmly explain that cookies aren’t everyday food and you’re not going to buy them anymore.

Will your child quietly acquiesce? Give you a hug and thank you for being such a thoughtful parent? Or will they go from whining to SCREAMING. And if screaming doesn’t work, how about adding on some THROWING? Or (God save you) SPITTING and BITING? You power through the tantrum and get a few quiet weeks of grocery trips and think (phew!) that’s over with. Only to have the cookie fight start anew.

That’s the joyous experience of the extinction burst. And with every burst you face, you’ll have the same parenting choice that I outlined above. And in every instance I hope you choose #1.

Previous Post: « How to Cry it Out: The Bedtime Edition
Next Post: The Pediatrics Cry it Out Study »