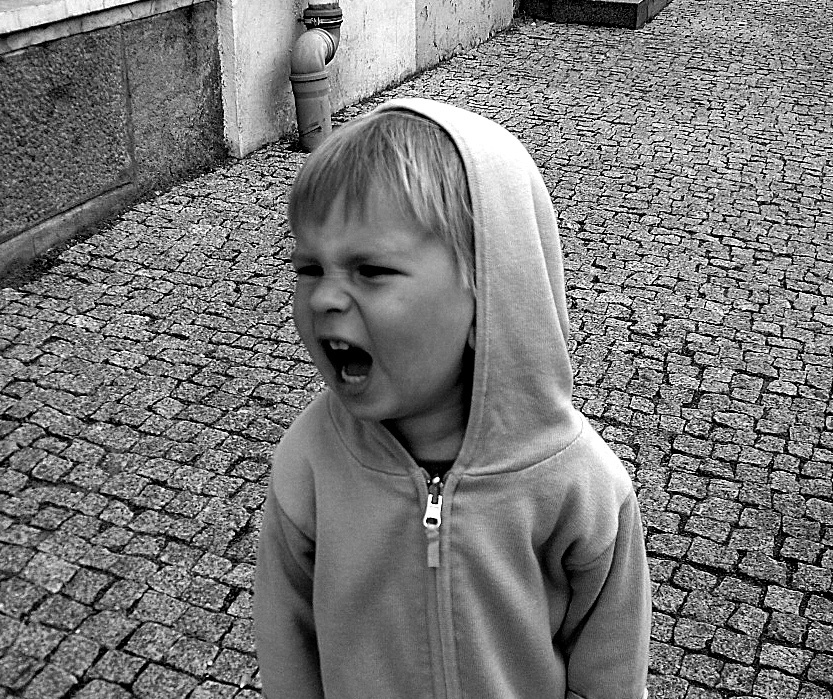 You are here: Home / featured / Kid Ban Controversy: Who is the Jerk Here?

I love to eat out. Eating out means relegating the procuring, cooking, and cleaning of a family meal to somebody else. Next to sleeping, eating out is probably my favorite thing to do. So pretty early on I got my kids locked in with the rules of the restaurant:
[list type=”checklist”]

This makes it pretty difficult to eat out with any of our friends however because none of their kids are required to adhere to my family’s restaurant rules. If we eat out with other people I’m stuck trying to explain to a 4 YO why he has to stay in his seat while his buddies are playing ring-around-the-rosie in the middle of the restaurant. We had a similar struggle at our first movie theater visit last week (the new Winnie the Pooh is a delight) because at least half the house was running around and yelling during the show. I would suggest that if your child isn’t prepared to sit quietly in their seat for a ~60 minute cartoon then they aren’t ready to go to the theater. But I’m pretty sure my 4 YO’s perspective was closer to, “Why isn’t my Mommy cool like all these other Mommies???”

Apparently Malaysia Airlines has decided to ban kids from their first class cabin and other airlines will soon issue similar policies. Now a forgettable restaurant near Pittsburgh PA is front-page news due to their decision to restrict kids under 6 from their establishment. Movie theaters and even Whole Foods are offering alternatives to wrestling with kids. Although to be fair Whole Foods is offering free childcare to those who want to shop child-free which is simply AWESOME.

Unsurprisingly people are getting fired up after being told their progeny are not welcome at certain locations. Lots of mommy bloggers are sharing their thoughts about the ban.

Ban’s Blow! Down With Bans!

The word “ban” strikes at the very heart of what I believe America strives for which is fundamental equality for all. A ban on children is simply ageism against those who cannot vote with ballot or wallet.  Banning people for any reason brings back uncomfortable images of Rosa Parks which is a chapter of our history I think we would all like to move on from. So the angry outbursts and promises to never patronize places that ban children are justified and commendable.

I’m With the Ban 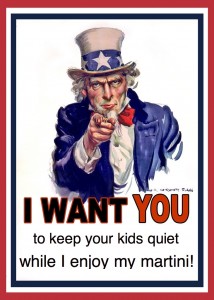 But here is the ugly truth: If parents required their kids to adhere to rules of behavior at the (insert: theater, restaurant, etc.) there would be no talk of bans. I see kids behaving badly every single day. Mine do too, only when it happens we leave a huge tip and then leave. But I think I’m in the minority.

The suggestion that the owners should simply confront the parents about their behavior is borderline ridiculous. There are certain things one never does. You never touch the floor in a gas station bathroom. You never admit that you think Howard Stern is funny.

[pullquote type=”3″]
And you never ever tell somebody how to parent their children.
[/pullquote]

The idea that a 23-year-old waiter is supposed to confront parents about their ill-behaved children is unfair to all involved. The idea that the restaurant owner should simply “kick out the family” would quickly result in cries of, “Help! I’m being repressed!”

So who is the jerk here? Is it the restaurant owner or the parents who fail to teach their kids the meaning of appropriate behavior? Are they both jerks?

I can’t afford a first class ticket but if I just dropped $3,000 to fly to Malaysia in quiet luxury I might not be clamoring for the rights of my seatmate to bring their screaming 6 week old into the first class cabin with them. Months ago Joel Stein at Time Magazine wrote a great article about segregation on airplanes:

If we’re going to ban people based on poor behavior then why stop at preschoolers? What about the farters? I would prefer they stay away from restaurants and airplanes too.

Regardless of my sympathies towards beleaguered shop-owners, I can’t support any form of discrimination. And that’s what we’re talking about here. Maybe restaurant and theater owners can simply dissuade parents from bringing their parents by jacking up prices. Oh wait….they already did that.

ps. Votes for me at Lovelinks will be enormously appreciated!