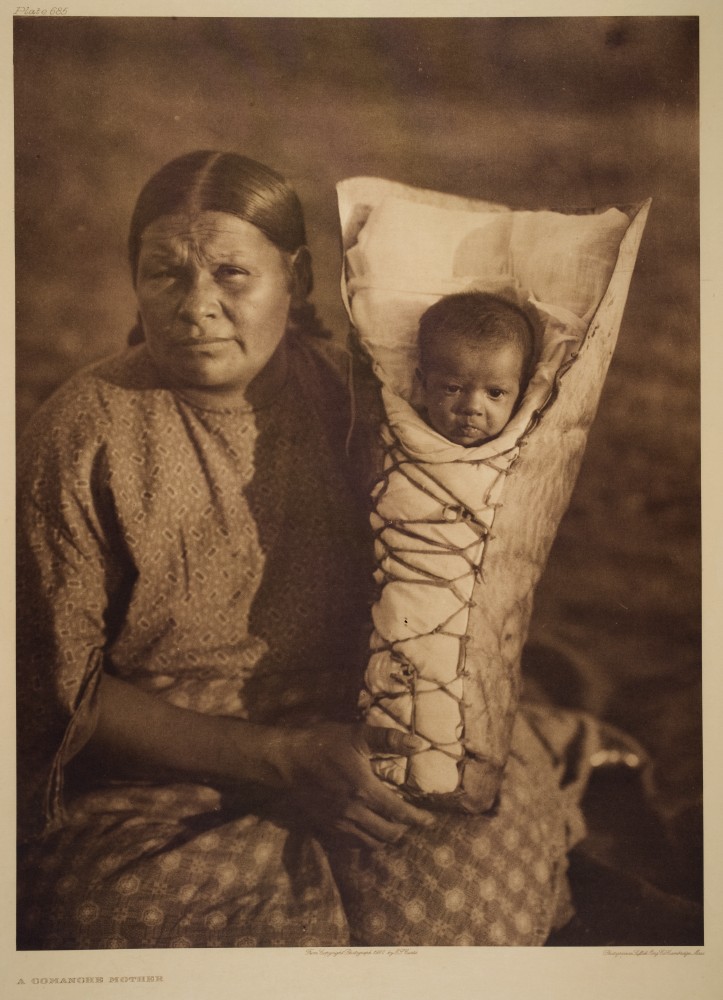 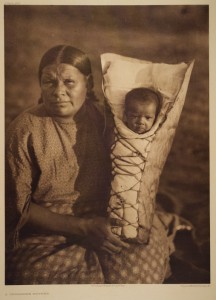 Don't Do This at Home Folks!

Every family I’ve ever worked with has bought a few swaddling blankets, learned about swaddling (most new baby books cover this nicely), and maybe even taken a newborn baby care class that covered baby swaddling. And this is BEFORE they actually give birth! Given that most of you have probably read one or five newborn care baby books and that the internet is awash in “how to swaddle your baby” articles I’m going to focus on what you probably DON’T know.

How to Swaddle Your Baby

You’ve done it correctly when they don’t pop out. Also, if you’re attaching them to a board of some sort (see pictured), please stop. We now know this can lead to hip dysplasia although I’ve never ever seen a parent do anything remotely like this and am assuming that you are not part of a nomadic tribe and thus won’t be strapping your swaddled child to your back for 14 hours a day.

Dr. Karp (Happiest Baby) suggests the “dudu” or down-up down-up method which does work well. If you’re interested Karp provides a nice PDF that walks through this method.

I’m also including two videos here that provide a nice visual of swaddling a newborn baby. I particularly like these because they show that MOST babies DO complain when being swaddled. Newborn babies especially dislike being placed on their back and will let you know it. So when you go to swaddle your (tired, hungry, gassy, cranky) baby they will fuss and complain about it.

Bottom Line: Whatever method of baby origami you prefer is fine as long as it works. If their arms are popping out or they are able to push the blanket up over their heads then it DOESN’T work and you need to find another method.

If you’re struggling with the baby origami I recommend you try one of the various velcro (or swaddling for dummies) alternatives. Frankly I love these and don’t understand why anybody would struggle with baby wrapping when there are nice inexpensive alternatives for exhausted brain-dead parents who have better things (like eating, sleeping, or maybe the occasional shower) to do with their time.

There are many good swaddle-for-dummy products but my top pics are:

Pros: Cheap and easy. You can leave their little feet OUT of the bottom of the swaddle blanket (recommended) for sleeping in swings, car seats, and for when its hot outside.

Cons: The velcro does seem to wear out with washing so if you find your little one popping out its time to buy a new one. It also helps if you wash them infrequently (only run them through when you really need to). Also they run LARGE – I can swaddle even a 20 lb baby in the small size blanket. Their large size swaddle blanket would be appropriate for a 10-year-old. Or maybe a golden retriever.

Pros: The Sleepsack is a great way to keep baby warm when they are too young (under 2 years old) for blankets. Also features velcro for the swaddling challenged among us.

Cons: You can’t use the sleepsack WITHOUT their feet being IN the sack. Thus it is impossible to use a sleepack in a swing, car seat, etc. As most babies sleep far better in the swing, this is a very limiting feature.

Cons: Like the Sleepsack, the miracle blanket doesn’t work well with their legs out. Also getting the miracle blanket on is a bit more involved than the simpler SwaddleMe option so if your baby gets REALLY angry at you when you swaddle them, you might want to hold off on a Miracle Blanket. Also it is a lot of fabric which can lead to overheating in the summer.

Every baby I (or the fantastic team I work with) have worked with has responded well to being swaddled even if they protested viciously at the point of actually BEING swaddled. When I met with Dr. Karp of Happiest Baby fame I asked him explicitly if there were just some babies who really shouldn’t be swaddled because they hated it. His answer was brief. “No – swaddling is almost universally good for babies.” Babies fight the swaddle but still are more readily soothed and sleep better when swaddled.

But if your heart of hearts screams at you that swaddling just isn’t right for your baby, then you need to go with that. But I would suggest you approach swaddling from the perspective of, “prove to me beyond a shadow of a doubt that this isn’t working.” Don’t swaddle a cranky baby 2-3 times and then shrug it off if it doesn’t seem to work as promised. It can be a very powerful tool to reduce crying and improve sleep and you don’t want to readily remove that sort of heavy artillery from your arsenal.

You’ve just rocked your little one to sleep and are already savoring the delivery pizza on its way to your door and the promise the hot bath to follow, when the swaddle pops open and your beloved little angle and screaming at you. It’s a horrible feeling and we’ve all been there.

Keeping a squirmy baby swaddled securely is a real challenge. My first suggestion is to make sure that the arms are flush at the sides of their body. If the elbow is bent or they have wiggle room in there, they’re going to break free (or ineffectually fight the swaddle which defeats the purpose of using it in the first place).

Assuming you already have that down, my second suggestion is to let the legs out. Baby’s legs don’t need to be swaddled, there is no benefit to it (other than warmth which can be addressed other ways). Having the legs out also enables you to put a swaddled baby in a car seat and more importantly, swaddle babies safely in the swing. But as it relates to Houdini babies, keeping the legs unswaddled removes the ability for kicking feet to dislodge, loosen, etc. the swaddling blanket. Even little baby legs can do a lot to mess up a quality baby wrap so and keeping the legs out of the swaddle removes this as an issue.

If you’re struggling with blankets you should definitely check out one (all?) of the swaddling-for-dummy options listed above. Velcro is less subject to user error and generally is pretty Houdini-proof. If even a new SwaddleMe blanket is insufficient to the task you may need to upgrade to a Miracle Blanket (although this is not an option for swing sleepers). If none of the commercial-grade products work for your extra clever baby you could discuss some off-label products with your pediatrician. Mine suggested we wrap ours up with ace bandages. You would be surprised with what sort of clever ideas those pediatricians have in their back pocket. After all, it’s not their first trip to the dance.

If your Houdini is slightly older (at least 4 months old) you could also try swaddling their body but leaving one or both arms free. Some babies respond really well to one arm in, which is still very soothing but removes 50% of their power to break free. Also for older babies who may have realized that hands make great sucking/chewing devices, this leave them free to do so (which is ALSO enormously soothing). Yes even having just the body swaddled with both arms out can be very soothing to slightly older babies.

Saying Sayonara to the Swaddle

Most babies need to be swaddled when they are upset or sleeping until they are at least 4  months of age. Some will need to be swaddled for as much as a year but most are done between 4-6 months. There is no issue of “weaning them off” the swaddle. You simply test the waters now and then to see if they are done. If they’re not done, they’re not. Wait a few weeks and then test again.

The swaddle test is simply this – pop an arm out when they go down to sleep and see what happens. If your 2 hour napper wakes up 30 minutes later, you’re not done. If however the nap proceeds without issue, stick with one arm out for a few days. Then test swaddling with both arms out (so his body is swaddled but both arms are free). If this also has no negative effect on sleeping than congratulations – you’re all done! Although don’t donate them to the pregnant neighbor yet, teething, sleep regressions, etc. can all have you scattering back for that swaddle. So give yourself a good month or two buffer to be sure that you’re REALLY done.

Luckily this is unlikely to happen unless your baby is older than 6 months as flipping while swaddled requires some significant gross motor skill development. Thus it is likely that your baby will be done with the swaddle before this happens.

Got any other magic swaddle tips to share with other tired parents?