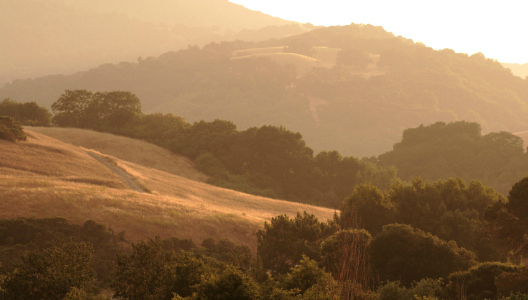 Last week I had the opportunity to enjoy some of the gentle joys of California which included beautiful desert flowers, outstanding wine, and a lovely meeting with leading pediatric sleep and apnea specialist Rafael Pelayo from the Stanford School of Medicine.

You should also know Rafael is often interviewed by O (for Oprah) Magazine. So according to the transitive law of mathematics, my blog is as cool as O Magazine. You cannot argue this point, because math.

Rafael generously spent a few hours with me and we covered topics ranging from the best rock band to how to make limoncello. Thus it would be impossible for me to come up with one comprehensive post on what I learned from Rafael. But I learned a lot, so here are the highlights (which are mostly about babies!):

There are a number of good research papers show that lack of sleep is a risk factor for suicide and it makes people impulsive. Suicide is the #3 cause of death for teens.

National Sleep Foundation did a survey of teenagers and found that 25% of teens sleep in class at least 1X a week and parents aren’t notified because it’s “normal”. Little kids don’t fall asleep in class and if they did, you would be notified because it would be unusual. There’s a misconception that teens are falling asleep because they’re bored. When little kids are bored they don’t fall asleep, they misbehave. Teenagers falling asleep because they’re chronically sleep deprived.

This is both serious and real. We need to look at tactical solutions to changing the schedule of teenagers so that they can get enough sleep because the consequences can be severe.

Ignoring All the Baby Sleep Rules?

Because he is at heart a scientist, Rafael decided to break ALL of Ferber’s sleep rules when his first child was born. He would rock her to sleep, have her sleep in her own bed, co-sleep, vary when her bedtime was. Essentially he would experiment with various scenarios just to see what would happen.

He met Dr. Ferber at a pediatric sleep panel and told him, “My baby sleeps just fine and I’m breaking all your rules!” To which Ferber replied, “That happens sometimes.”

Have you ever seen stories where people proudly state that they nurse or rock their baby to sleep and everybody happily sleeps through the night? Well now you know the truth. “That happens sometimes.”

You know what else happens sometimes? Rainbows. And they’re glorious. But you don’t want to count on them happening because most times, they don’t happen.

Getting your Child to Sleep is Hard (Even for Experts)

When Rafael’s second baby was born it was hell – this baby cried all the time and rarely slept. His wife was upset saying, “I can’t deal with this anymore.” But where could they go for help? They’re both sleep doctors!

You are not a failure at parenting. Even pediatric sleep doctors struggle with this stuff.

When his second son was crying (always) he had a brand new CD by Bob Dylan. When he played it the baby stopped crying and he figured he had stumbled upon an amazing scientific discovery, “Bob Dylan is the answer to baby sleep!”

Nope. What was happening was that the music was calming Rafael down and that helped the baby calm down. Because he was calm.

Babies pick up on our cues. Figure out how to calm yourself down first. Be mindful of your own emotional state.

When kids are sleeping poorly is it physical or behavioral? When it’s behavioral, if you give in to the behavior they want, it stops. If they’re in pain, regardless of what you do it won’t stop.

Most of the time kids cry about things that are negotiable. Let’s say your child is curious about what happens if they stick a fork into an electrical outlet. There’s no amount of crying that will get you to let him stick it in the outlet. It’s non-negotiable and they’ll figure that out.

The key is to consistently let your child know what is and isn’t negotiable.

Babies are born eating and sleeping randomly. We impose rhythms on them – when we eat and when we sleep. And that rhythm is a learned skill. Yes mammals do wake up in the middle of the night. But we can be taught to go back to sleep.

How Long Can Your Baby Go Without Food?

What is the longest stretch your child has ever gone without eating? Often this happens after getting shots at say 4 months. Baby goes home and sleeps 7-8 hours. Did the child go into glycemic shock? Of course not. Now you know, this is a child who can comfortably fast for 8 hours.

If at any point your child goes X hours without food, you know that biologically they can go that long.

It was really interesting to hang out in Rafael’s garden in the shade of his plum tree listening to his stories. He knows everybody who wrote the books you’ve read (Ferber, Mindell, Sears). A few years ago he got into a heated debate with Dr. Sears on an NPR panel. I was desperate for details but he was reluctant to share. “I got upset. Nobody can hear what you’re saying when you get upset. I wish I had handled things differently.”

Fair enough. But I would still love to hear the story. Maybe next time.

Key Lessons for Me

Sometimes I struggle personally with giving advice about sleep. I’m not a doctor, I have no official training. Rafael does, and he doesn’t have all the answers either. I find this immensely reassuring.

And also I think we all sometimes need reassurance that babies aren’t fragile. That every small parenting decision we make is not as momentous as we think. Sure I can say this. Or your neighbor. Or mother in law. But it’s great to hear it from a fancy PhD from Stanford.

So next time you’re feeling guilty about something you did or didn’t do, remember that Rafael struggled to get his baby to sleep too. And that babies aren’t as fragile as we think.

Why Consistency in Cry it Out is Critical: A Case Study »
« 7 Days to Chunky Naps and 11 Hour Nights – Reader Q&A