When Babies Drop Naps and What to Do About it 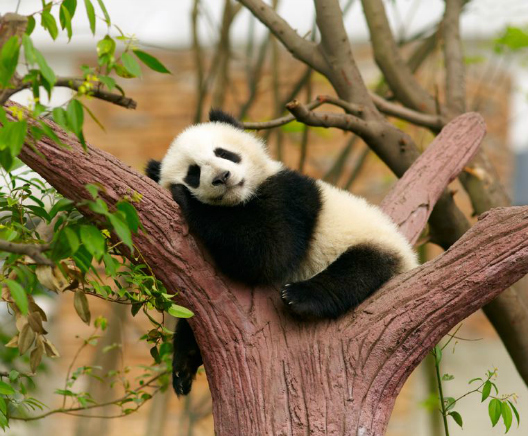 Just when you start feeling comfortable with your degree of nap mastery things will start getting away from you. (Sadly this basic concept sums up the entire parenting experience…) Naps that had just barely started to settle into a predictable schedule and duration will start getting shorter. Or nonexistent. Or require a huge battle.

The truth is that crap naps, like pimples on picture day, are simply a part of life. If however, your previously champion napper is having consistent nap issues then, depending on how old your baby is, the issue could be that she’s simply getting ready to drop a nap. Diagnosing if your baby is ready to drop a nap and surviving said nap dropping are challenging, primarily because the symptoms are much like every other potential nap issue. But I’ll do my best to help you figure out if, when, and how to survive the inevitable transition of baby dropping naps.

If your child is over 3 days old, you’ve probably already surmised that there are many culprits of non-existent naps including:

But a bad nap or even a series of bad naps does not necessarily signify that baby is “done” with naps. Although it may. More on that later.

Also, this post is primarily targeting babies 6 months and older. Yes babies younger than 6 months drop naps (see below). However it’s rarely a traumatic event. In fact most parents are in favor of it because it leads to an earlier bedtime. For babies older than 6 months nap droppage is less of a party. I say this in the same way that one might say that a bad case of gout is also less of a party.

Newborn babies often take as many as 6-8 naps a day, but by ~3 months of age, your baby should have settled into a 3- or 4- nap a day schedule (and I’m using the term schedule here lightly). Babies generally drop that 4th nap and settle into your basic 3 nap schedule around this period. Usually this is a non-traumatic event. In fact it’s generally a happy occurrence as your baby simply stops easily falling to sleep for nap #4 and bedtime shifts earlier when this happens.

Somewhere within this 6 month period your child will drop the 3rd nap. Half a year may be a bigger window than is helpful so let’s break it down.

If your baby is taking long chunky naps (1.5+ hours at each nap) then they may be getting sufficient daytime sleep to be done with the 3rd nap as early as 6 months. However for most people, their babies still need the 3rd nap until closer to 9 or even 12 months. So the general rule is: Long nappers drop the 3rd nap earlier. Short nappers will stick with the 3rd nap longer. As your baby gets older the 3rd nap may be a short 10 minutes or even a simple drowse while nursing. Chances are that as your child gets closer to 9-12 months in age, the 3rd nap will not be happening in the crib but will be more of an “on the go” occurrence: napping while being carried, in the car, or in the stroller. Which begs the question, “Am I supposed to be driving my child around every afternoon forever?”

No. You get a brief reprieve until they start kindergarten, at which point you’ll be driving the afternoon shuttle bus (to baseball, swim lessons, dance class, etc.) as a matter of course until they move out.

But there is often a number of weeks where baby needs but won’t easily take a 3rd nap. You can force the issue by taking a leisurely walk in the stroller or choose to skip it. Feel free to skip it if nap #2 is late or long enough that baby can comfortably make it to bedtime. However generally for babies under 9 months, skipping nap #3 leads to “baby awake too long” or “bedtime too early” problems. So on net, a brisk walk about is generally a far better choice for a few weeks.

Babies drop from 2 naps to 1 nap somewhere between their first birthday and 18 months. Do some babies drop down to 1 nap prior to their first birthday? Yes, but it’s rare. If your under 1 year old is working hard to convince you that they only need 1 nap a day I would remain highly skeptical. There are other far more likely culprits (separation anxiety aka they would rather stay and play with you is the most likely) behind nap struggles you might be having prior to 1.

When your 1.5 year old is ready to drop the morning nap, the afternoon nap might need to be pushed up substantially and bedtime might need to shift up for a while. As your toddler gets into the rhythm of being a “one nap” kid, bedtime may or may not move back to it’s previous time. It’s OK to be a little flexible for a while.

99% of kids are napping until at least their 3rd birthday. Sure, lots of 2 year old kids prefer not to take a nap. As they’re expressing their growing desire for independence they’ll fight you on the whole idea of naptime. Who wants to lie down in the middle of the day when there are bubbles to blow and cat food to taste?!? But if your child is under 3 years of age it’s far more likely that, while they may not want to nap, they still need to nap. Remember the cardinal rule of kids: you can’t make them eat, sleep, or poop. But you can make them go to a dark, comfortable, safe, dull place every day at the same time. What they do in there is their business. But it’s your business not to confuse their desire to not nap with not needing to nap.

Most kids stop napping entirely somewhere between age 3 – 5. Some lucky parents are weaning their kids off napping just prior to kindergarten. But for most of us, “the age of napping” will end between 3-4 years. Trust me when I tell you that no matter how frustrated you may currently feel with your progress on the nap front, when they finally do fade off into the distance you will remember the halcyon days of naptime with great fondness. 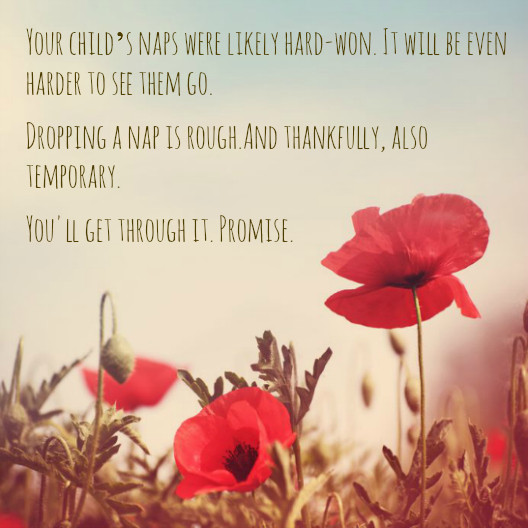 How do you know your baby is ready to drop a nap? It is challenging, especially given that there are so many potential causes of bad naps. If you’re within the general time-frame for nap droppage and you’re seeing the following signs, baby might be ready to drop that nap.

The #1 Cause of Bad Naps
Most babies have short naps or fight napping entirely because they aren’t falling asleep on their own. If you’re wondering why naps are miserable, there is a 98% chance that this is the root cause. Unfortunately a baby who can’t fall asleep on their own will exhibit the same signs as the above mentioned “signs baby is ready to drop a nap.” Ultimately the answer is to figure out a way to get your baby to fall asleep on their own at naptime because you’ve got 3-5 more years of naps to go, so sadly, this isn’t a problem that’s just going to go away. And also it’s going to make it really hard to figure out if your baby is ready to drop a nap or is just having generalized nap problems.

Dropping naps is rarely a binary function – today they take 3 naps, tomorrow 2. Instead there is often a few weeks or even a month-long window where your baby needs a nap but adamantly refuses to take one or a previously long nap is resolutely stuck at 20 minutes. During this phrase it’s a toss up as to who will be more cranky about the whole thing: baby or you. There is no magic potion to make the nap dropping transition phase go more smoothly (if there were I would sell it and be rich as Croesus) but here are some things that may help:

Your child’s naps were likely hard-won and it will be even harder to see them go. My youngest is now 4 and I still pine for the good old nap days. Like most transitions in life, dropping naps is often a bit rocky. And thankfully, also temporary.

Anybody else struggling with nap stoppage? Have any words of advice for fellow strugglers?

Pediatrics Study on White Noise: Sounding Off on Sound Machines »
« The Best Christmas Book of 2013