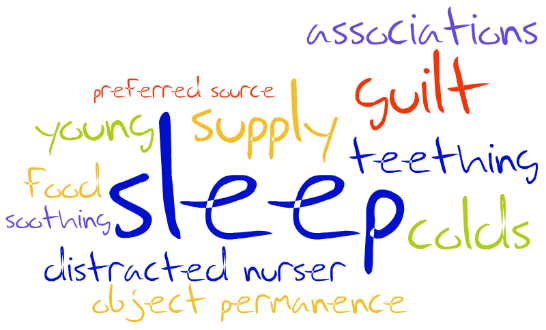 You are here: Home / 6-9 Months / Why Night Weaning Isn’t Working

Is your ongoing project to night-wean your baby a huge and utter failure? Does the idea of sleeping, without interruption, seem as unattainable as travel by jetpack? Starting to feel a little stabby?

Don’t feel bad, you’re in good company. Getting your baby to consume all their calories during civilized hours can be a tricky project beset by illness, teething, and a seemingly endless stream of growth spurts. But it can be done. And it helps to start by figuring out why things aren’t quite working out as planned.

But what if you ARE putting baby down awake and you’re still not having any success at night? Below I’ve listed the 8 most common reasons night weaning isn’t working in order from the MOST likely (#1) to the LEAST likely (#8).

Anybody struggling with night weaning? Any success stories from the trenches? Anything else I should add to my list?