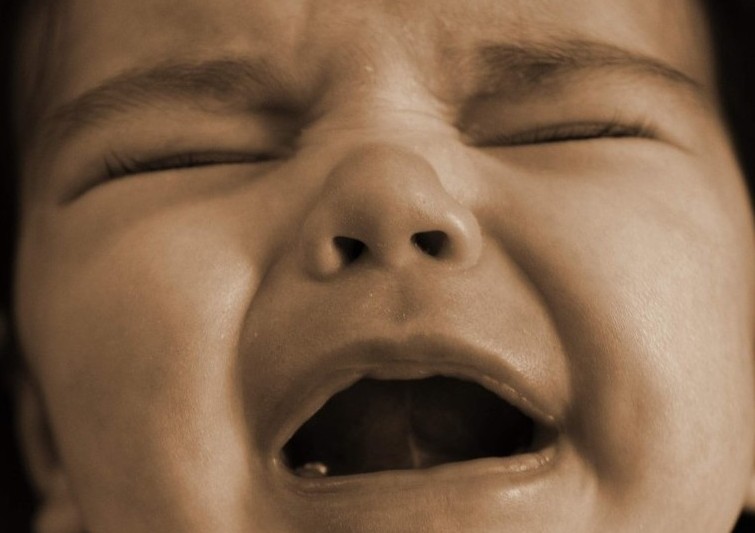 You are here: Home / 0-3 Months / The Thing About Sleep Regressions

Every once in a while your baby’s sleep will mysteriously become a disastrous mess. At the same time your baby will become really fussy which is either the cause or result of the sleep deprivation. The slender thread of normalcy you’ve been clinging to will disappear and you will stumble into the void of parenting despair wondering “Why did we think this baby thing was such a great plan anyway?!?!?”

If you’ve ruled out all the obvious causes of sleep stoppage (teething, colds, ear infections, etc.) then what is probably going on is a “sleep regression”. Lots of people have written about sleep regressions but the best post I’ve found, bar none, is to be found over at Ask Moxie.

Moxie recommends a sleep regression book called “Wonder Weeks” by the Danish researchers Vanderijt and Plooij. I don’t recommend this book for two reasons. One – it’s pretty expensive. Two – the only thing you really need to know (which comes from Wonder Weeks) is this:
[pullquote type=”3″]
According to Vanderijt and Plooij, the spurts happen at weeks 5, 8, 12, 19, 26, 37, 46, and 55.
[/pullquote]

This seems like a lot of growth spurts and if you’ve just survived one you’re probably looking at that long list and fighting back a wave of nausea. Don’t worry, it’s not as bad as it seems. I’ve never known anybody to have more than 2-3 rough sleep regressions. In my experience the most COMMON sleep regressions seem to come at 6 weeks, 4 months, and 6 months.

What Happens During a Sleep Regression

How to Live Through a Sleep Regression

Regressions generally last anywhere from a few days to a week (although I’ve talked to people who swear that their baby took up to 2 weeks to navigate a regression). And I won’t lie to you, sometimes they can be really rough. Especially if things were already feeling a bit shaky. But…
[list type=”numlist”]

[pullquote type=”1″ align=”left”]
Don’t let a temporary sleep regression become a permanent sleep problem.
[/pullquote]Sadly babies do not come with alarms that ring to signify the end of a sleep regression. Sometimes you’ll know because miraculously your baby will sleep a ton (for a day or two) and everybody will breathe a heady sigh of relief. Sometimes things will just gradually get better (and thus it’s less obvious). But keep an eye towards your fundamental sleep goals – helping baby get enough sleep, not letting baby stay awake too long, and helping baby learn to fall asleep.

Anybody have any experiences with sleep regressions to share? How long they lasted? Did anything help?
[mailchimpsf_form]
Photo credit: {Tosdatophoto & Lisa Schaffer}

Previous Post: « What You Need to Know About Sleeping Through the Night Part 3
Next Post: 10 Best Picture Books for Boys »