Toddlers and Pacifiers: A Case Study

Let’s have some realtalk about pacifiers. Pacifiers will eventually cause sleep problems for most of you. But the benefits of using a paci are so significant, I encourage all parents of newborns to really try to get their baby to use one for sleep. Yes, even knowing that it will be an issue for many later. It’s absolutely worth it.

If the pacifier doesn’t cause sleep problems – huzzah! Now you can wait till they’re a toddler to ditch the pacifier. And your toddler will happily give up the paci. Toddlers are known for their flexibility after all.

A friend of mine recently broke her toddlers pacifier habit using the Paci Fairy approach. And she was kind enough to share her experiences here…

“Just make sure you get rid of the pacifier by the time she’s 3”.

These fateful words, spoken by my cousin the orthodontist, have haunted me since shortly after my daughter’s first birthday…

A Paci Addict is Born

Anna was addicted to her pacifier within her first two days of life. I remember being in the hospital, frustrated that she wouldn’t stop crying, even with a clean diaper and refusing to eat. She took to the paci immediately, surprising me that even as a 24-hour-old baby, she could tell the difference between her need to eat and her need to suck.

Then we saw the dentist on her first birthday, who told us it was time to get rid of it. Pacifier use after age one, he told us, could cause a host of dental symptoms, including jaw misalignment, palate malformations. After doing our own research and talking to my orthodontist cousin, we decided to wait until age 3.

Like most parents, we had a huge number of issues including, but not limited to, Anna’s sleep. By the time she was 1, most of those issues had resolved themselves. Taking away her paci and risking messing up everything was finally working was not even an option. 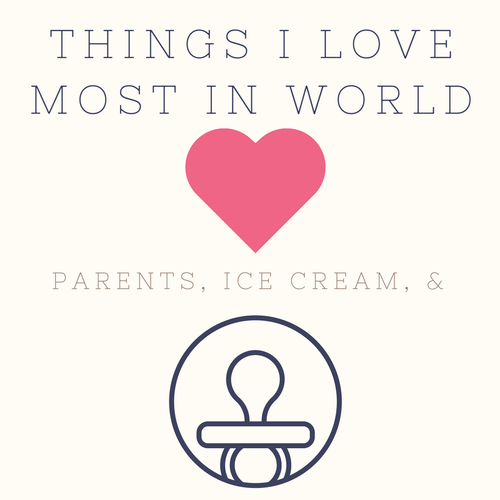 As Anna grew into a toddler and then a pre-schooler, her dependence on her paci got stronger and stronger, instead of fading away into the past like I had hoped. We battled tantrums about wanting to “go visit paci” (it lived in the crib and nowhere else). When sick, hurt, sad, or tantruming about anything else, paci was the fix-all. I could practically see the dopamine flood her system the second she popped it in her mouth; her eyes would go soft, muscles relax, frustration leave her body. It was nothing short of magical. She only used it to sleep and soothe – but “only” is a relative term when describing the two things she (and I) depended on the most.

I continued blissfully until my husband had a particularly trying battle with her one morning to leave her paci in bed. “What’s the plan for taking away the paci?” he texted me while I was at work. I gave him every excuse in the book why the answer was “not now” – we’re leaving on a trip soon! My parents are going to watch her! I don’t want to do it right before her third birthday!

The other complicating factor? I was pregnant. All the experts told me the same thing: lose the paci at least a few months before baby comes; otherwise, with such a huge transition and need for comfort, it would be another year. Which put us at age 4.5. It had to be now. 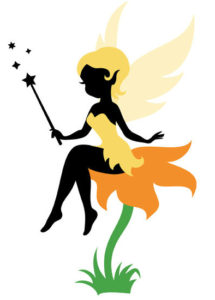 I dove into the depths of the internet searching for strategies on how to take away Anna’s beloved paci without causing permanent psychological damage – or, more importantly, major disruptions to her finally-awesome sleep pattern. We settled on the “pacy fairy” approach – a deity (much like the tooth fairy) who would come in the middle of the night, take away the pacis from the big kids and give them to babies, leaving presents in return.

Luckily, there is a ton of support online for our story. There are YouTube videos of the Paci Fairy herself flying over houses. Clips of Elmo putting his pacis under his pillow for the fairy. Photos of smiling toddlers receiving their gifts the morning after her visit.

So we told Anna the Fairy only came to visit big girls, and would come when she was ready. We knew this approach wouldn’t work if she didn’t feel some element of control over how or when it happened. We went on Amazon, spent an absurd amount of money on gifts, and started the process of preparing her. 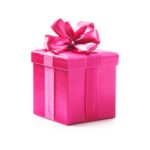 After months of discussing it with her and building it up, we finally picked a date to pull the plug. We spent a week asking her every day after preschool if she felt ready. “YES!” she would scream. “I’m ready! I’m a big girl! I want the paci fairy to bring presents!”. We practiced giving them up. We role played.

The day before The Big Day, Anna came home from school and threw a tantrum because the Paci Fairy *wasn’t* coming that day. She wanted her presents. She was ready. It was time.

Bedtime rolled around, and we showed Anna her note that the Paci Fairy had left her. She was excited, and seemed to understand this could only mean one thing: PRESENTS.

She took her bath as normal, put on pajamas, and then went to her crib to discover: the pacis were gone. And it hit her like a freight train.
Anna’s brain switched over from logic mode into panic mode. She started clawing me, trying to get to the Paci Fairy mailbox where she’d last seen them before bath. She sobbed hysterically. She started screaming “I’m not ready!” at the top of her lungs. She cried for her pacis, saying she didn’t want presents, she didn’t want the Paci Fairy, she wanted nothing to do with any of this.

There was absolutely nothing we could do or say to calm her down. I hugged her, telling her I understood how hard this must be for her. Her dad went into disciplinary mode, telling her we were going to leave her in her crib alone until she calmed down. Nothing was helping; she literally couldn’t hear us. It was a mach-5, all-systems-go, take-no-prisoners meltdown of epic proportions. 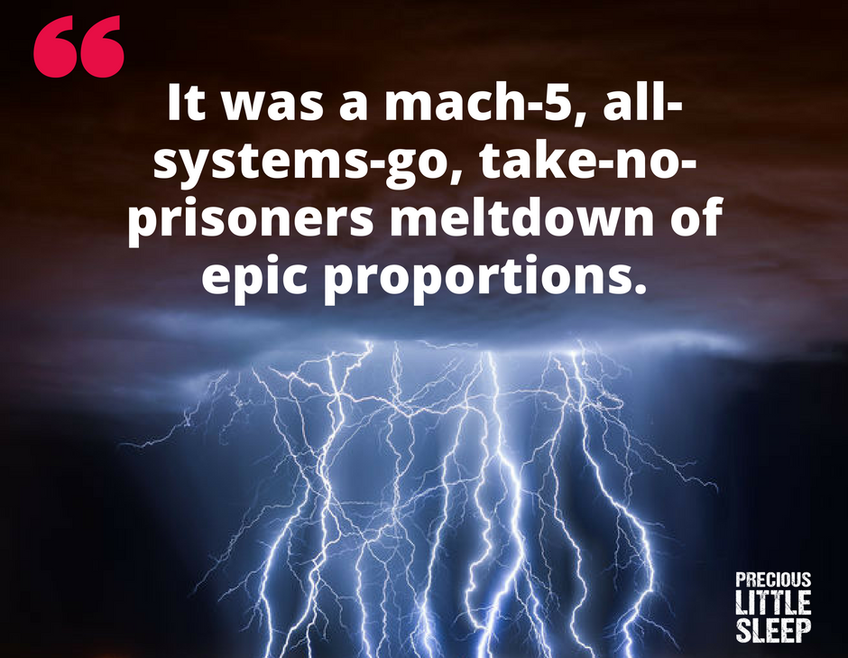 Dad and I left her alone to tantrum safely in her crib while we went downstairs to re-group and strategize. I was equal parts heartbroken by her crying and having my own panic attack that we would never get her to calm down. Every few minutes I’d go into her room to take her out of bed and give her a hug, but the absence of me giving her a pacifier only made her more angry.

Dad was adamant we had to stop going into her room altogether. We were 45 minutes deep into the tantrum at this point, and I was losing my intuition about what she needed from us, and was instead doing what I needed – to go in and comfort her. Which was making it worse. So I hid in my bed while he took over.

Dad went into Anna’s room and asked if she wanted to come out of bed and sit with him. She said yes. He said okay, fine: she could come out, but only if she agreed to take five deep breaths with him in the chair instead of running to find her pacis. She cried no, she didn’t want to do that, so he left the room.

She screamed for him to come back, and the entire conversation repeated. And then repeated again. And again. Dad would not negotiate on his side of the bargain: you can come out as long as you sit in the chair with me and take five deep breaths.

On his sixth departure from her room, she finally cried out that she agreed to his terms. So out she came from bed, and they sat together. And she took deep breaths. And she started to calm down. He asked if she wanted to come see me (still hiding in my bed). She said yes. Okay, he said, but first more deep breaths. She agreed.

By the time they got to our room, she was puffy-eyed and exhausted, but calm. She threw herself into my arms. She seemed to have forgotten why she was throwing the tantrum in the first place.

So the three of us sat in bed together and talked about how change is so hard, and we are all sad to say goodbye to the paci. We talked about how brave Anna is for letting it go, and how this means she’s a big girl, and we were proud of her. And to reward her, other than her gifts in the morning, we could read a few books in our bed before she went to sleep.

One Dr. Seuss book later, Anna was back to acting like her normal self. I asked if she felt more ready now to go to bed (an hour past her bedtime), and she said yes. Then she looked at me and said, “Momma. I was SO mad. SO SO SO SO angry. I wanted my paci. But now I don’t have my paci, and look how happy I am!”

My girl was a few weeks short of her third birthday and for the first time, bowled me over with her bravery, self-reflection, and insight. And I cried tears of pride and told her I couldn’t believe how grown up she was.

She went right to sleep, and slept right through till morning without a peep. We had a huge celebration in the morning, showering her with praise and gifts and love. She beaming with pride that she was so brave and such a big girl.

Anna still asks for her paci now and then, but for the most part, she has done wonderfully without it since that first weekend. I have learned so much about who she is as a person, and her maturity, and her resilience. Giving up the paci was a milestone in so many ways for both of us, and I couldn’t be more proud of her.