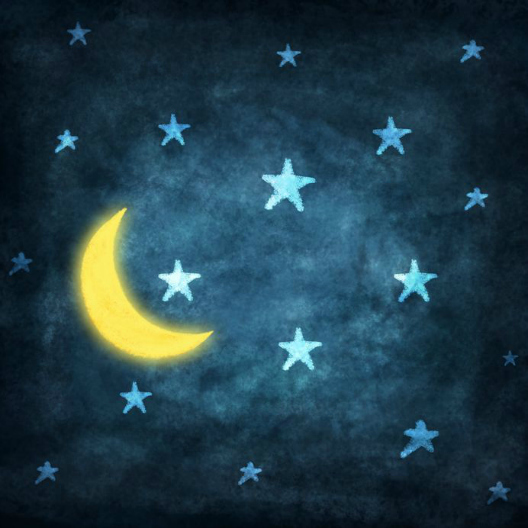 You are here: Home / 1 YO / Why Sleep Training Didn’t Work

After weeks, nay MONTHS of struggle, you have finally mastered the challenge of putting baby down awake. Victory is yours! The gates of Valhalla are now open to you as you join your fellow Sleep Warriors! You have successfully gotten your baby to fall asleep without you! The battle cry of the Valkyrie pours forth from your lips! You pour a drink and begin the dance of victory!

But what’s this? Your baby is still waking up a lot. Maybe not like she was before, but it’s certainly not the fantastic transformative sleep experience that the “Sleep Training” brochures promised you. Maybe you’ve gone from nursing baby every hour to only nursing 4 times a night. But at 10 months you were hoping for better. Because it’s been 10 months since you slept for more than 3 consecutive hours and you’re starting to hallucinate and your partner, who had a lush head of hair a year ago, is now entirely bald. Is this the success you worked so hard to achieve? You did what you were supposed to do, so why are you still struggling with sleep?

Sleep Training but No Sleep?

Things are better but not great. And like a Baskins-Robins from hell “not great” comes in many different flavors but typically it looks something like this:
[list type=”checklist”]

Here’s a chart that depicts a common night sleep pattern. And while I’ve used “feeding” as the root issue in the example here, it’s certainly not the only issue that can trip you up. 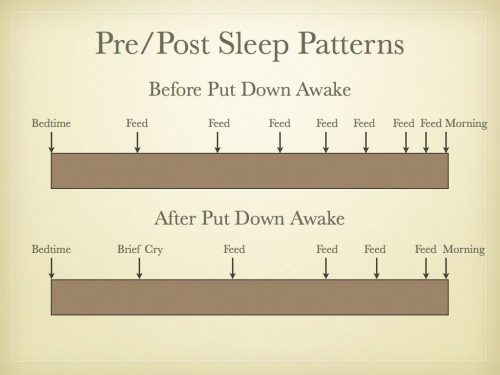 I have the answer. And I will tell you. For one MILLION dollars, MMWWWWAHAHAHAHAHA!

In a nutshell, you managed to teach your baby to fall asleep but you still have a niggling sleep association that is tripping you up. There are a number of sleep associations that can result in this pattern but here are the most common ones:

Hopefully the solution to this dilemma is pretty clear but as most of you are running on a scant 3 hours of sleep I’ll spell it out using small words and hand gestures.

You need to change what is happening AT bedtime. Because the activities (nursing, feeding, lurking, pacifier, etc.) AT bedtime are what is creating the waking, crying, feeding, nursing, early morning wake up issues. You should totally be proud of all the work you’ve done to help teach your baby to fall asleep. Your victory dance was well deserved! And you’re REALLY close, but there’s one more small thing you need to change up. Don’t be scared to change up bedtime. You’ve done the hard part, this last step is almost always far smoother and drama-free than people imagine it will be. And the results are often pretty dramatic and instantaneous.

Change what is happening at bedtime for 5 days. Then come back and tell me what happened. Unless it doesn’t work and you want to tell me I’m an idiot. Feel free to keep that to yourself.

Anybody else have any thoughts or experiences with sleep associations and putting baby down awake they care to share?

Previous Post: « I Dare You Not to Smile
Next Post: The Ultimate Baby Food Allergies Survival Guide »