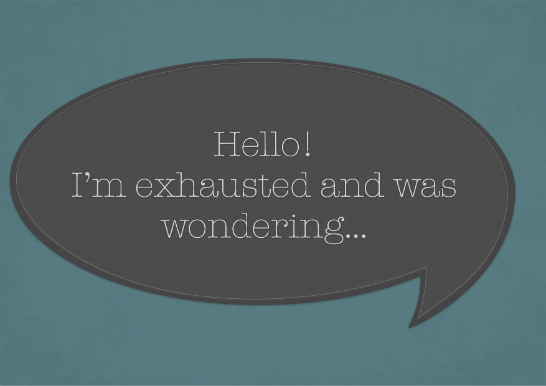 A few weeks ago I decided to give away a few free personal sleep consults on Facebook. I fully expected to get a handful of comments and end up doing 1-2 free consults. I ended up with over 400 comments and 13 families to work with.

Thirteen. Not one or two. THIRTEEN.

So that’s what I’ve been up to.

And while they’ve taken a ton of time it’s been incredibly refreshing. When you spend hours typing away on posts, comment replies, etc. you sometimes forget that there are actual people out there. Delightfully smart funny people with adorable squishy babies. With crazy baby hair. And monkey toes.

So I’ve been Skyping, emailing, and chatting with a range of tired families. And they taught me a lot.

What I Learned from Sleep Consults

Most of the 13 sleep consults are wrapped up and if I can pat myself on the back, successfully so. To those of you who were willing to share your families and challenges with me, thank you so much! As you can see I got a lot out of the experience. I hope you did too!

Has anybody else struggled with finding the courage to make a change? (Please note if you are struggling, there is no shame in it. Just about everybody else is too.) Or do you have some advice or experience that might help those that are struggling?