I’ve been using the term CIO or Cry It Out for years. I’ve never liked it. It’s pejorative. “Oh…you’re one of those CIO parents. Whelp I’m not, because, y’know, I’m a good parent.” It’s largely meaningless. And in some parenting circles even the faintest mention risks getting you banned from the group. 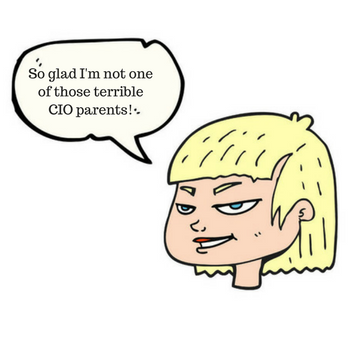 It also doesn’t really mean anything. I’ve tried to define CIO or minimally bring some clarity to the discussion. But even with millions of readers annually, CIO remains a vague ill-understood concept to most people.

In case it’s not clear, I’m not a fan. And going forward, I won’t be using it anymore.

In this podcast we delve into the history of the term CIO, unpack some of the baggage related to the term CIO, and how the ambiguity of what it means muddles our thinking about sleep and parenting.

There is a better option than CIO and we discuss it fully in the podcast. Hint: it’s this. What it means and why it’s the new cool thing is covered in greater detail in the podcast. 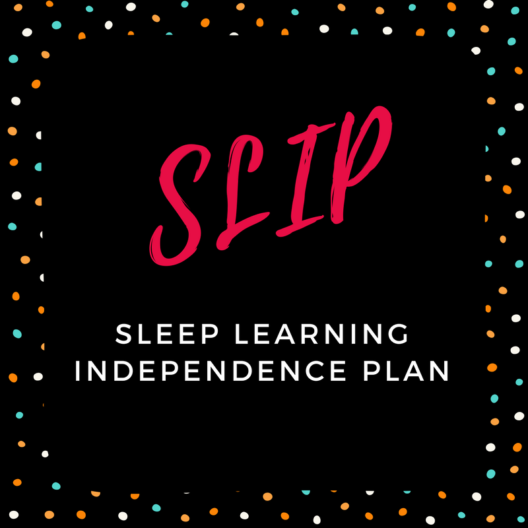 First use of the term CIO from The Care and Feeding of Children (written in 1894.)
What sleep training is.
What other parents have to say about it.
No sleep training is not child abuse, not even remotely.
Yes there is a book. It’s not quite ready, but almost.

Take a listen, let me know what you think. And I hope you’ll join me in embracing SLIP. SLIP into bed, SLIP into sleep, see how nicely it rolls off the tongue?