Two years ago I launched the Precious Little Sleep Facebook Group on a whim. I would like to tell you I had a mindful strategy for it, but that would be a lie. As I frequently do I figured, “Sure why not!” and launched it. I expected a few hundred people to join and the group would give them a place to troubleshoot sleep issues and support each other in the struggle.

Within a week there were 1,000 parents, with another 500 waiting in the approval queue and I immediately made this face:

So I did what any rational being would do, I immediately made a few other people admins and then emailed them to let them know I had given them an unpaid job. It’s exactly this sort of behavior that makes me so beloved among friends. That and my propensity to persist in the use of “on fleek.”

The group quickly blew up. In 2 years we grew from nothing to 31K members and are currently adding over 1K a month. It’s been a crazy journey of mostly great things. But also some not great things including:

Which all sounds pretty terrible doesn’t it? I see why community builders get burnt out. It’s all so relentless.

In the past two years I’ve spent an unconscionable amount of time on the group but I think it’s been worth it. That it’s been a vehicle to foster connection between good people. And that it’s made a people’s lives better.

And I’ve learned a lot.

Ironically it was this odd little video about the Red Yo Yo club that really coalesced the issue for me. It’s not that those things are bad, it’s just that they’re not who we are. We’re about safe, evidence-based, effective approaches to improving sleep outcomes for families. We’re the RED Yo Yo Club. 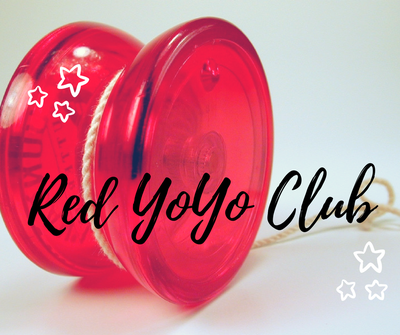 This last lesson is leading to some changes in 2017. When the book comes out (it’s so close you guys) the group will be changing so that new members will need to be book readers.

No this is not to sell copies of the book. The book will sell itself, because it’s awesome (she says of the book she wrote – HA). It’s to enhance the community culture by establishing that while you don’t have to buy into everything PLS, this is in fact the PLS group and not “a random baby sleep group.” It’s to discuss specifically tactics and strategies suggested by the PLS book/blog/podcast. #redyoyoclub

Until the book is available new members will have to nominally visit the blog one time to fill out this brief form. They’ll have to at least peek at what is probably the most essential piece of information baby sleep available and answer a one word question about it. Yes this is a bit of a hassle and not nearly as fun as simply clicking the “join” button on Facebook. But hopefully this change will help reduce the amount of new member orientation required, will help keep the admin batteries at full charge, and will help us stay the Red Yo Yo club.

As always we’re trying to keep the awesome and we hope these changes will do just that. If you’ve got any thoughts, questions, or insights I would love to hear them in the comments!