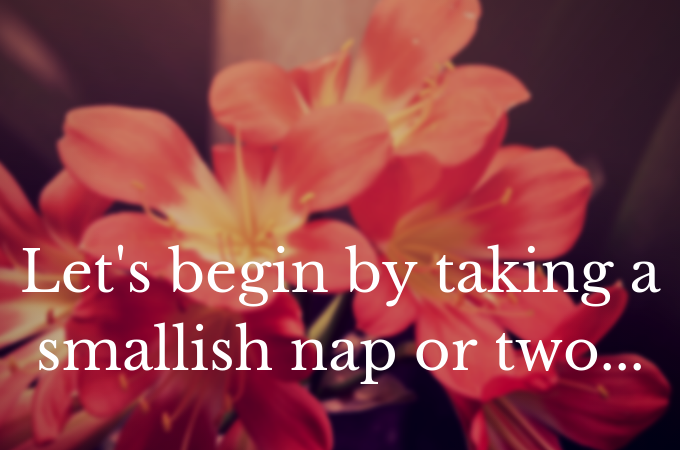 You are here: Home / 0-3 Months / The Monumental Guide to Short Naps AKA Everything You Need to Know to Vanquish Crap Naps

Before I gave birth I imagined a halcyon future where my baby would take 2-hour naps all day during which I would blissfully spend exercising, assembling a Pinterest-worthy baby book, binge-watching Outlander.

You know, all the stuff you guys probably do all day.

So you can imagine my surprise when my first nugget was born, and instead of 2-hour naps, he would take super short naps. Worse? Those micro naps were hard to come by AND he was a huge crank for 20 minutes after those naps. So my entire day was spent trying to get him to nap, desperately wishing he wouldn’t immediately wake up from his nap, calming him down during his post-nap fuss, and generally obsessing over the fact that short crap naps had become the bane of my existence.

Short Naps: A Plague on Your House

Persistently short naps are common, frustrating, and exhausting because:

Getting babies to take long naps is challenging which is why it’s unsurprising to hear some people come to the conclusion, “My baby must not need that much sleep!” Which while technically this could be true, it’s highly unlikely. So let’s assume your baby does in fact need sleep and focus instead on how much nap sleep they should be getting and how you can ensure they get it.

How long should naps actually be? It’s a hard question as never in the history of time has the medical community agreed on the ideal amount of sleep for children. And the reality is that there is huge variability in the actual amount of nap sleep kids are getting. According to Weissbluth the nap range for babies is wide, anywhere from 1.5 – 4.5 hours a day, shrinking just slightly to 0-2.5 hours per day by age 3.

But the problem inherent with any survey of infant sleep is that you’re simply capturing how much they actually sleep vs. how much they should sleep. So the low-end numbers in these ranges invariably include some pretty sleep-deprived kiddos whose parents are likely first-timers who have been convinced “babies will sleep when they’re tired” (not true BTW) and thus have 3 month olds who are awake all day long.

But I digress…so what is an appropriate amount of nap sleep aka how do you know if you have a short nap problem?

Babies are born with an undeveloped intrinsic sleep regulation system, so instead of structured “day and night” sleep, they sleep for random durations scattered somewhat evenly throughout the day. As a result, newborns naps range anywhere from 10 minutes to 4 hours so by definition, however long/short your newborn naps are, it’s totally normal. Despite the oft-quoted (and entirely terrible) advice to “keep them up during the day so they’ll sleep better at night” the reality is that this sleep maturation process is largely developmental and resolves without or despite your interventions by the time they are 2-4 months old. Exposing newborns to bright light when they’re awake during the day and keeping the lights very dim when they’re awake in the middle of the night may help (and certainly won’t hurt, although the research isn’t entirely clear). 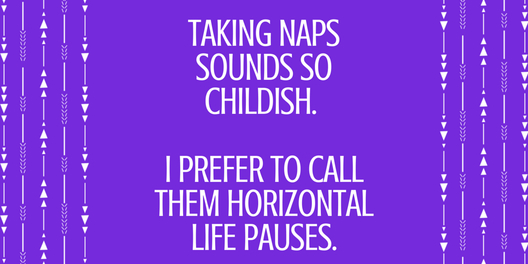 However, for most babies older than 2-4 months, normal naps fall within the ranges of normal baby sleep outlined here. By approximately 4-5 months babies have a somewhat mature sleep cycle of about 50 minutes (this gradually lengthens to adult levels of 90-110 minutes by school age).

Thus anything over ~50 minutes is a pretty solid nap as they’re successfully getting through one complete sleep cycle. If they nap longer (1.5-2 hour naps are grand) that’s even better, but ~50 minutes is a respectable length. Unfortunately many of us are stuck with 20-40 minute naps (which occur when your child transitions out of slow-wave sleep) that are often amazingly predictable (ex. 32.5 minute duration). So for older babies, typically anything shorter than ~50 minutes is officially a “crap nap”.

Top 10 Causes Of and Solutions For Short Naps

As mentioned, occasional crap naps are an unavoidable part of life and are not something to worry about. However chronically short crappy naps are problematic and something you want to do what you reasonably can to improve. A strategy to lengthen short naps starts by identifying why your child takes short naps. Also it’s likely that there are multiple reasons your baby takes short naps, so there may be 2-4 issues from this list that are locking you into persistent crap naps.

Sleep Myth #573 – if you do all the right things, the result will be long consolidated and predictable naps.

If you are actually doing everything right (see list above) and there is no underlying medical issue (reflux, food allergies, etc.), you may still be stuck with crap naps. Babies are creatures of habit and so even after all the root causes of napletts have been removed, they can remain entrenched in their short nap sleep-wake cycle. And remember, the sleep drive for naps is relatively weak and (most assuredly) most babies would prefer to not be sleeping. So as soon as they slide out of the deep sleep phase their eyes POP and they’re calling for you to come get them.

There are two essential strategies to try to break out of this pattern:

Usually the nap duration is military-precision predictable: you know exactly when your child is going to wake up. Which is helpful, because you’re going to set a timer for ~5-10 minutes prior to the time your child will be waking up. Wake them just slightly by jostling them while they’re still in the crib (not enough so that they’re standing there waiting for you to pick them up but enough so that you see a bit of eye fluttering). Often this will disrupt their sleep/wake pattern just enough so that they navigate back into deep sleep, thus extending the duration of the nap. Continue this pattern for 5-7 days, after which your child should have RE-habituated to the new longer nap sleep pattern and voila no more short naps for you.

People are often resistant to this strategy because they fear simply waking their child up resulting in even shorter naps. But it’s often extremely effective and, worst-case, if you do inadvertently wake them up fully, you’ve only shaved a few minutes off an already short nap so really, it’s not a big deal.

Read a few chapters of my sleep book aloud, your child will quickly become bored and fall back to sleep. I KID.

It’s not easy to fall back to sleep after a short nap (even a micronap can relieve the sleep pressure) and even harder when the alternative to doing so is “play with you.”

“I would much rather nap than play with my most awesome parent,” – said no child ever

Sometimes you need to remove “play with you” from the list of options. So for 2 weeks, naptime is 1 hour. If they wake before 1 hour is up, you leave them to chill in the crib until 1 hour after the start of their nap. If they fall back to sleep – great! If not – OK naptime is over after 1 hour. Initially there will be some tears: this is new, they’re used to you coming to play, and won’t be happy about the change in plans. However if you stick with this for ~10 days, you’ll find most babies will get bored (the ideal sleep space is safe and dull) and with no viable alternative, will fall back to sleep.

“But elsewhere you say post-nap CIO is a bad idea, right?”

Short but Not Crappy Naps: The Exception to the Rule

Are naplettes always a problem? No! The last nap of the day is almost always short. Most babies should be awake for a long-ish period of time before bedtime as they need this longer stretch to accrue a significant enough sleep debt that they can fall asleep and stay asleep at night. So you don’t want your child taking a mammoth late nap as this interferes with the bedtime process. Typically the last nap of the day is short, ranging from 30-45 minutes for younger babies, dwindling to 10-20 minutes as they reach 6-9 months in age.

So that’s it, all the tools you need to go forth and vanquish the specter of short naps forever. Or at least until your child decides to stop napping altogether. Good luck and tally ho!